More than one thousand teachers were trained and 50 preeschools were opened by our teachers with our support during the years from 1986/87 until the end of 2009.

Carol Guy-James introduced the Montessori method in a seminar in 1984, held in collaboration with the Institut Pedagogique National (IPN) for educators from 40 Institutions. The Montessori approach was new to these educators and was enthusiastically received. However, this brief introduction was not enough to allow teachers to begin teaching using the method. 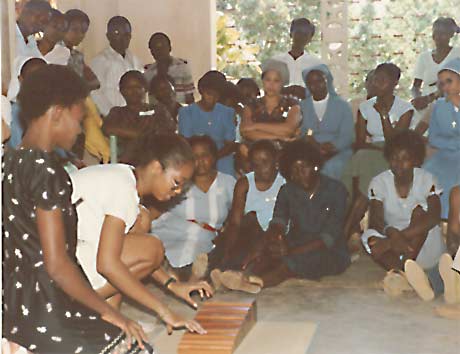 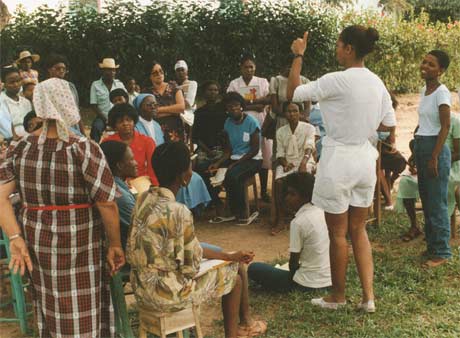 In 1986 we organized the first academic year training program to train teachers to an international standard in Montessori. The first training program took place in Cap Haitian in partnership with a local priest. At the end of the training, each student teacher was required to pass an international Montessori competency exam to earn their diploma. This ensured the new program produced competent teachers with verified skills. After the first training year, our Foundation helped four of our newly qualified teachers open bona fide Montessori kindergartens of their own. The Foundation gave each school a standard set of Montessori classroom materials and child-sized furniture, as well as some small funds for renovations to the premises to start the schools.

Each school would be owned and operated by the teacher/director and would charge a modest tuition for each child that was within the means of most families in their community. The school would provide the school director with a modest income and offer high quality Montessori preschool education to their communities for the very first time. We eventually developed a system of the new schools providing a certain number of free scholarships for very poor village children whose families could not afford even the modest tuition as a means of “paying it forward” in return for materials and other help donated by the Foundation. The teachers loved this approach and it helped their new schools earn respect in their communities.

The following year we moved the training to the capital city of Port-au-Prince. Again, qualified teachers were given start-up grants to open schools and the Foundation helped three teachers open new schools in Port-au-Prince as a result. Every year since then, the Foundation has continued to help qualified teachers open schools after they have completed our training course and competency exam. The element of free scholarships and “paying it forward” continues to ensure that high quality education is within the reach of even the poorest of the poor in Haiti.

From the start of its teacher training initiative in 1986/87, the Foundation continued to assist qualified teachers to open their own schools, and by 2009 over one thousand teachers were trained and we established a network of 50 schools in different parts of Haiti.