Mrs. Guadalupe Borbolla, paid a visit to the AMI Educateurs sans Frontières Montessori Project of the Peter-Hesse-Foundation in Haiti, to get first-hand impressions of the quality of Montessori education for both the teacher training program and the children’s houses. During her visit – from the 19th to the 23rd January 2016 – Mrs. Borbolla visited three children’s houses of our Haitian partners, our former student-teachers, and sat in on two teacher training sessions at the training center of the Peter-Hesse-Foundation in Liancourt, Artibonite.
As an ESF project we will continue in our efforts to bring quality Montessori education to Haïti’s children. 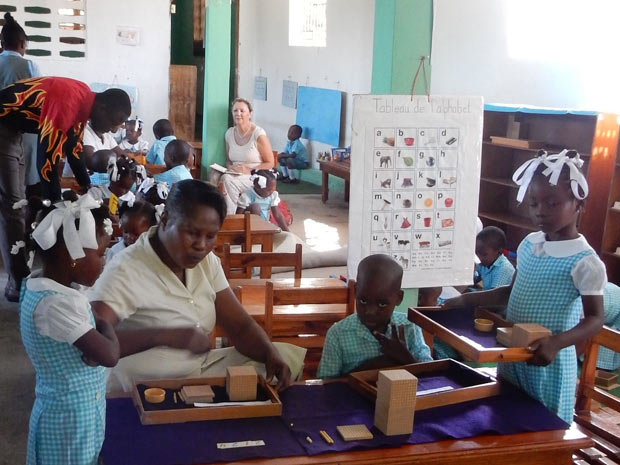 Astronaut visits the training center of the Peter-Hesse-Foundation in Haiti.

Students and teachers of the teacher-training center in Liancourt, Haiti, were honoured by a visit from NASA astronaut Dr. Michael Barratt, Carol Guy-James Barratt’s brother in law, who shared his experiences as an Astronaut with them.
In 2009 Dr. Barratt lived in space for a period of seven months aboard The International Space Station, a large spacecraft that orbits the Earth.
Dr. Barratt made a second voyage into space as a Mission Specialist on the final flight of the Space Shuttle Discovery. One of Dr. Barratt’s most memorable moments was seeing Earth from space for the first time. He describes our planet as both „beautiful and fragile“. 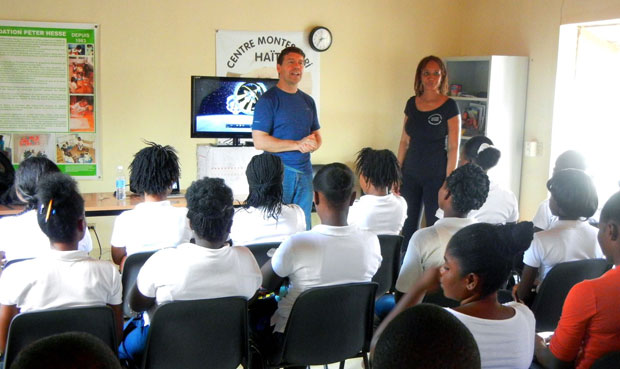 Congratulations Graduates! Another promotion of Montessori teachers prepare themselves for the task of educating Haïti’s future generation. On Saturday 9th July students celebrated their passage from students to teachers. This means that many children will benefit from a quality education during the lifetime of their careers as teachers.
In contrast to the 80 percent of teachers in Haiti who are teaching without having received any teacher training.

The massive Hurricane Matthew severely battered the Southern region of Haïti, leaving thousands of people homeless and hundreds dead. The number of deaths is likely to rise as the flood water subsides and emergency workers are able to assess the extent of damages. The heavy rains and strong winds ripped the roofs of many buildings and flooded roads and farms. Many areas remain cut off. Still recovering from the earthquake of 2010, Haiti certainly did not need another disaster.

Jeremie has had the most damage and is cut off from the rest of the country because the main bridge to the Southern Peninsula has collapsed. The two Montessori schools there have extensive damage and one has completely lost its roof.

The town of Leoganne was also flooded, and one of the schools there lost part of its roof, and the second one has severe water damage. The school in Jacmel also suffered water damage.

The problems now beside food and shelter is water borne diseases such a cholera, and diseases that are carried by mosquitoes such as malaria, dengue and Zika.

Many relief agencies and non-governmental organizations are actively delivering emergency food, water and other supplies to the hardest-hit areas, but the needs will be massive. Haitian government and foreign military forces are helping with logistics and communications. We will soon share information on where people could donate help if they wish.

The Peter Hesse Foundation will try to help these damaged Montessori schools of its partner teachers to start to bring back a sense of safety and normalcy to those traumatized children.

New Promotion of Students 2016/2017 in the Foundation Peter Hesse in Liancourt.

34 students enrolled in the teacher training course for the academic year 2016/17 which began in Mid October. The students will participate in both theoretical and practical activities which will allow them to qualify as Montessori pre-school teachers or Montessori classroom assistants.
We at the Peter-Hesse-Foundation-HAITI are happy to increase the number of trained teachers since more than 50% of teachers who are teaching in Haïti, lack adequate teacher training or have had no training at all. 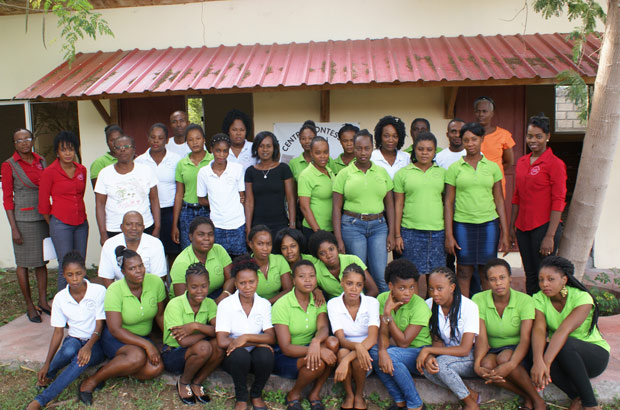 2 months after the Hurricane in Bareau, Les Cayes

“Yesterday I went to our partner school in Bereau for a modest Christmas celebration. I was truly shocked to see the appalling conditions there. House after house without their roofs, broken trees and make-shift dwellings. What I felt saddest about were the children at our Christmas celebration. Only one boy smiled during the whole thing, but all the children lacked energy and sat quietly on their chairs during the whole thing.
When I got home in the evening, my husband asked my son who went with me to Bereau, ‘How was the trip?’ My son replied that the children were very quiet. I could not bring myself to tell him that the children were quiet because they were hungry.
I know this is a very personal note for a web site, but I feel that I needed to share it. We can’t help everyone, but we are going to buy food staples for the children and their families in the school. Most of the crops in the area were also lost so we are going to give seeds as well.”
Carol Guy-James Barratt 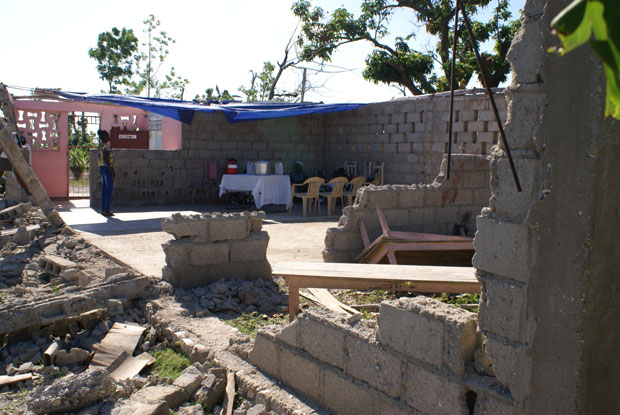 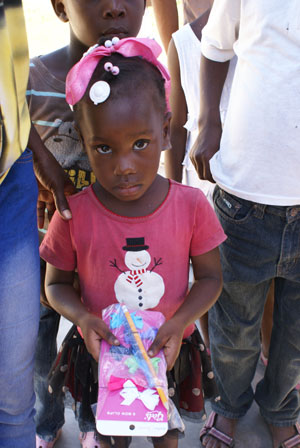 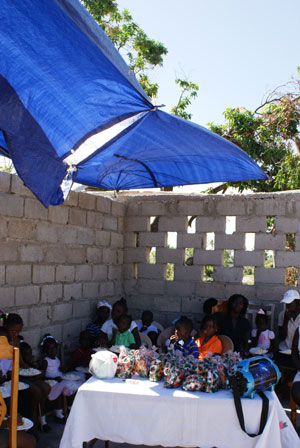 Carol informs from Haïti: Here are first details – including photos – from the recent hurricane damage to one of our project schools in Haïti:

The Montessori school in Bereau Les Cayes, has been completely destroyed. All that is left is the front part of the entrance of the school. We are thankful that no one was injured or lost their lives. We have to hold up this good thought in our hands to give ourselves courage. 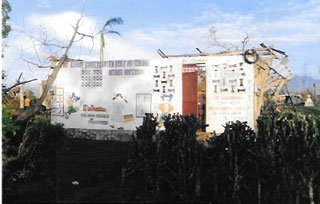 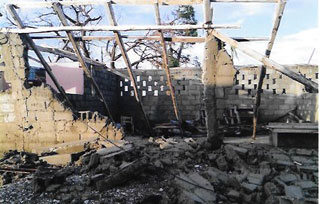 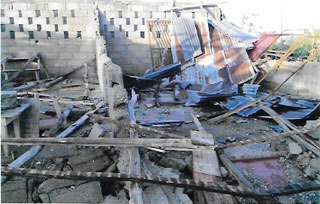 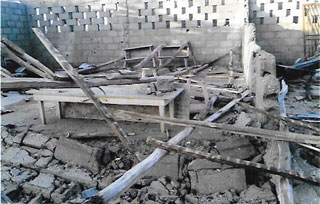