Concerning Partner preschool projects. The first school trimester which began in September of this year 2021 is about to come to an end.

Despite COVID, the Montessori preschools in Senegal, Ivory Coast and Mali functioned well during the first school trimester. The foundation is preparing to launch a teacher training program in Mali and is currently working on a teacher training workbook in the Bambara language. This workbook will make the teacher training course more accessible to all, since French is the official language of Mali but is mastered by less than 10 percent of the general population.

In Haiti there are major challenges for schools. In the South of Haiti there was a magnitude 7.2 earthquake followed some days later by a tropical storm just as schools were about to open. Thousands of homes, schools and churches were destroyed, including our partner school in the town of Jonc.

The Peter-Hesse-Foundation is concentrating its efforts on emergency food aid for earthquake victims in one of the remote areas where aid has not yet reached people there. About 400,000 people have not yet received aid because they live in remote areas.

There are other problems nationwide in Haiti which prevent schools from opening. Street demonstrations against the government, gang violence and a fuel shortage make it impossible for children to get to and from school.

Although the situation sounds dire, this will not last forever. Schools will reopen. The Peter-Hesse-Foundation will continue to support schools in Haiti when they reopen. In the meantime, the Foundation is giving food aid to earthquake victims.

Carol is also organizing a fundraiser using the “Gofund me” platform uniquely for rebuilding the school in Jonc. This will give people outside of Germany the a better opportunity to donate.

In the face of challenges we are getting ready for the new school year in Haiti.

In the earthquake affected area of Jonc d’Aquin we are organizing a tent school. The little ones need somewhere to be safe during the day and to find normalcy in the rubble. This is being organized by the head teacher of the destroyed school Marc-Talie, who decided that she is not giving up even if the school building has been destroyed.

In areas unaffected by the earthquake, the Foundation is distributing Montessori materials and books.  We are also going to areas to conduct in-service training for teachers from different schools in each area. So far we have completed training in Liancourt, Gonaives, and Port-au-Prince. 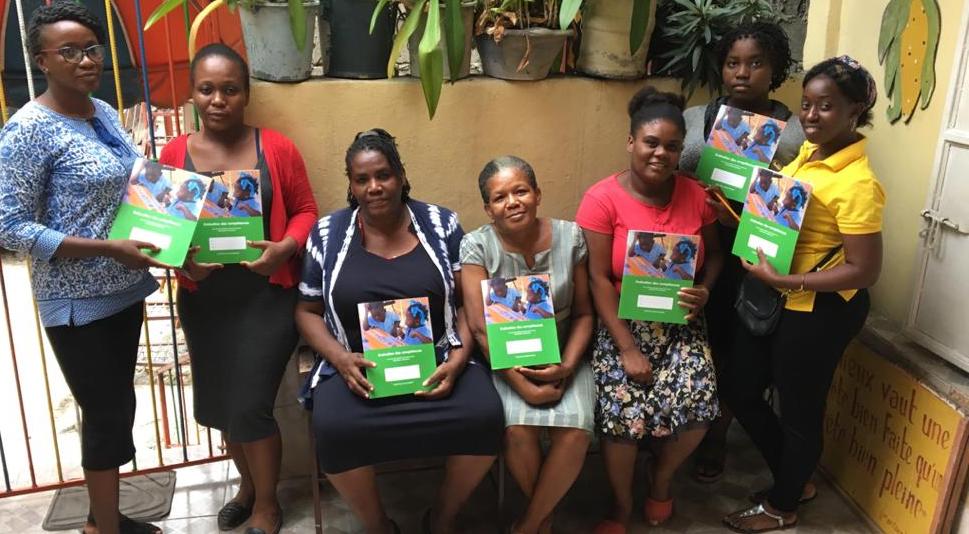 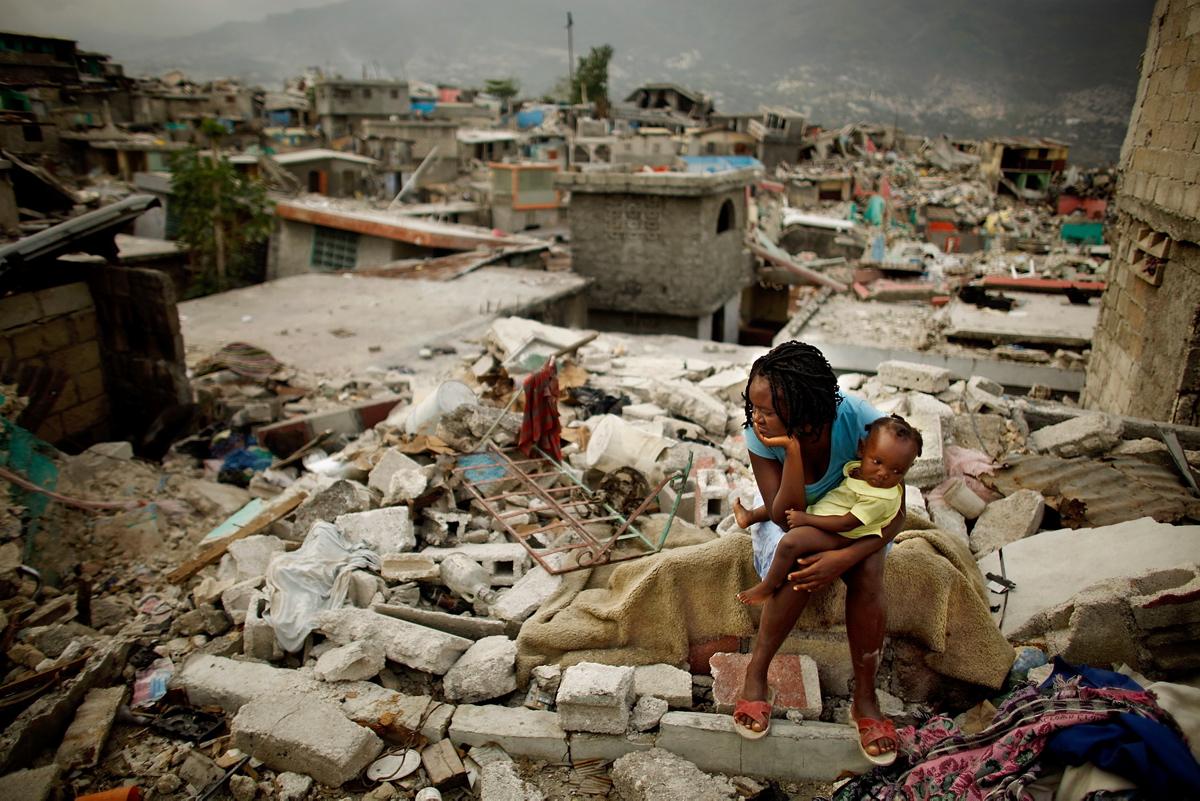 How do we deal with catastrophes, if we cannot take our courage in both hands and move forward? Haiti do we leave your children to suffer?

Haiti was hit with a massive magnitude 7.2 earthquake this morning.

Our partner school in Donc d’Aquin which was due to open in September was destroyed by the earthquake. Search and rescue are underway so the death toll is not known. An estimate of 130,000 people have been affected. I cannot even imagine what it must be like having to relive the trauma of the earthquake that devastated the country in 2010.

I remember the stress of the aftershocks. Sleeping on the floor in the Agro Action office with most of their staff members who had lost their homes. I slept with my passport and other documents in a small bag by my head in case I had to run out of the building. Which was too often. There were aftershocks daily and nightly. When an aftershock occurred we ran out of the building with the rest of the neighbourhood. People were screaming “Please God we are sorry for what we did” “Help us”, “Save us”. When things calmed down we would go back inside and wait for the next one.

Now the whole thing starts again. Shortage of food, water and finding a place to sleep. And the children are living through it again.

We have a tragedy and we need support. People are desperate. On Saturday 14th, the day of the earthquake 5700 were injured and 1297 found dead. The toll is rising every day as they dig people out from under the rubble. We would like to help relocate families with young children to relatives who are willing to take them in. We need transport costs and food so that they do not arrive empty handed at relatives who are poor themselves.

Here is the bank information to donate for these families in need:

Haiti’s children are once again traumatised as months of escalating political instability and gang violence resulted in the assassination of Haiti’s president on Wednesday 7 July, at 1 am.

Families are once again cowering in their houses, afraid of what would come next. Worried that the armed gangs who have been launching attacks in multiple Port-au-Prince neighbourhoods, killing civilians and burning houses and kidnapping for ransom would take over. Fortunately schools are on summer break and children are at home or in the country side where thousands of people have fled seeking shelter with host families or settled in informal shelters.

But this is not the time to give up.

The Peter Hesse Foundation yearly has over 4000 preschool children under our Montessori umbrella. We certainly intend to continue to offer hope to those children in the most critical age where experiences shape a child’s capacity to learn, to get along with others, and to respond to daily stresses and challenges. 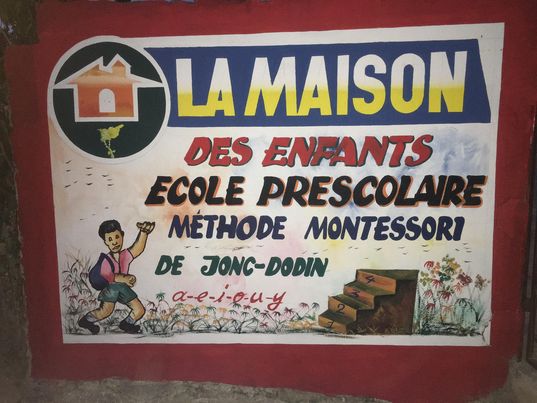 The Peter Hesse Foundation is pleased to announce that the new school in Jonc-Dodin in the South of Haiti is ready to open its doors. This is wonderful news during a very tough time in Haiti. We are focusing on the positive this year, despite the dire problems Haiti is going through. When the country is in crisis, children suffer the most. The Peter Hesse Foundation is continuing its quest to help transform the lives of children in need through education. Without access to education, children living in dangerous conditions are unable to overcome their own situations.

Education can help these children learn skills to secure a more promising future. In the last 35 years, the Foundation has provided better education and hope for a better life to over 600,000 of Haïti’s poorest children. We have assured the quality of education those children recieve by training teachers to an international standard. Over 1,500 teachers have attended our teacher training courses. This not only helps children, but also provides teachers with jobs as well. With your help we would like to continue our work of transforming the lives of children.

The Foundation will help to establish another school in Haiti this coming school years in October 2021. A building in Jonc-Dobin d’Aquin is current being renovated for this new school. 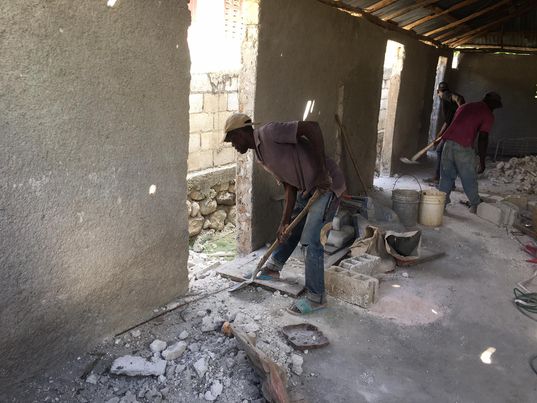 The school will be run by Marc-Talli Charles, who as a child attended the Montessori school run by her mother. Her mother attended the Foundation’s teacher training program and was assisted by the Foundation to open her own school. Marc-Talie is following in her mother’s footsteps. 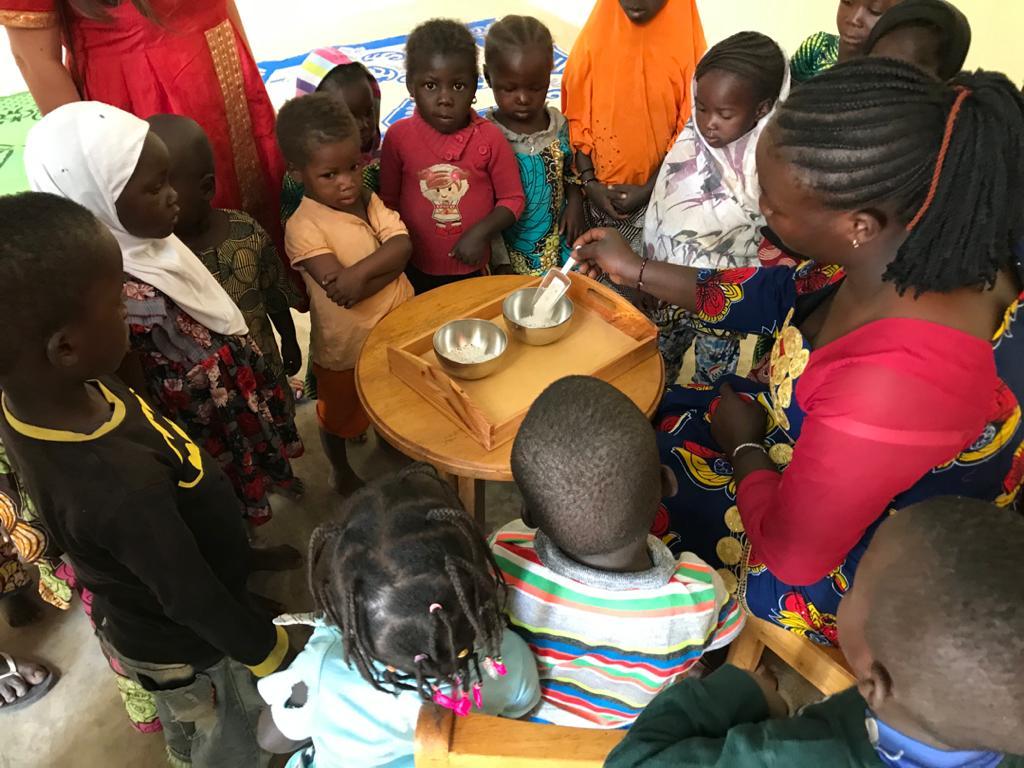 Preparations are also being made in Mali to create a Montessori school in the village of Tidianbougou. The village elders have acquired a building, and the Montessori teacher from that town who trained in our training in Ivory Coast is currently working with two assistants to create the Montessori environment. Furniture and Montessori materials will be supplied after Carol Guy-James Barratt visits the project later this year.